Alexander Graham Bell lamented that we look so regretfully upon a closed door that we do not see the ones that open for us. Not so when the observer is Giuseppe Mingrino.

He ardently dashes through new doorways if others shut behind him. It is his clients’ good fortune that the passageway he chose in 1985 led to old-world artisanship and design perfection. Giuseppe Kitchens and Bath embodies a tradition of customer care rarely found in today’s do it in an instant marketplace. This is the story of a man who brings the best of another era to the 21st century.

Born in Enna, Sicily, Mingrino was the son of a tailor and clothing designer. Although he wanted to work with his hands since he was 10, an associate diploma in civil engineering was his first academic degree. “I came to America in 1964 and expanded my knowledge.” he remarks. “I settled in South Philadelphia and went to Southern High School for English, then spent two years at Pierce College studying computer science, and went on to earn a degree in material manufacturing from Philadelphia College of Textiles. I grew up in that industry and wanted to continue the family business”

Not content to work in an existing company, the young dynamo opened a women’s clothing manufacturing factory. With indubitable drive, talent, and tenacity, Mingrino grew the company to 240 employees and a coveted customer base that included Jones New York and Evan-Picone. By the mid-1980s, globalization caused garment workers to head overseas and domestic labor was no longer available.

Undaunted by adverse circumstances, he launched a kitchen and bath contractng company in his Brookhaven home. “I designed this beautiful house that has two kitchens, one for my wife Maria’s catering company,” details Mingrino. “Many people asked me to do similar work for them and Giuseppe Kitchens & Bath took off. The next step was a nearby 1,200-square-foot showroom to support sales. There we could display kitchen cabinets, vanities, countertops, and ceramic tile features.”

Again, business bloomed, and Mingrino tripled his space in a new location in 1996. His reputation for superb quality and quintessential service spread through out the Main Line, Delaware, Chester, and Philadelphia Counties. Accolades and acclaim motivated more homeowners to insist on a kitchen or bath inspired by this talented designer with the personal touch. Fulfilling their dreams, the masterful hands-on contractor doubled business and in 2010 opened his current West Chester showroom. “Giuseppe is committed to old-fashioned service,” says Lois Lampman, an interior decorator, who recently began collaborating with the down-to-earth entrepreneur. “He’s renowned for craftsmanship, honesty, and professionalism. Plus, the shop has the best selection of tile in the area. There are three rooms of gorgeous granite. This is because of his love of the stone, a passion he happily shares with clients.” 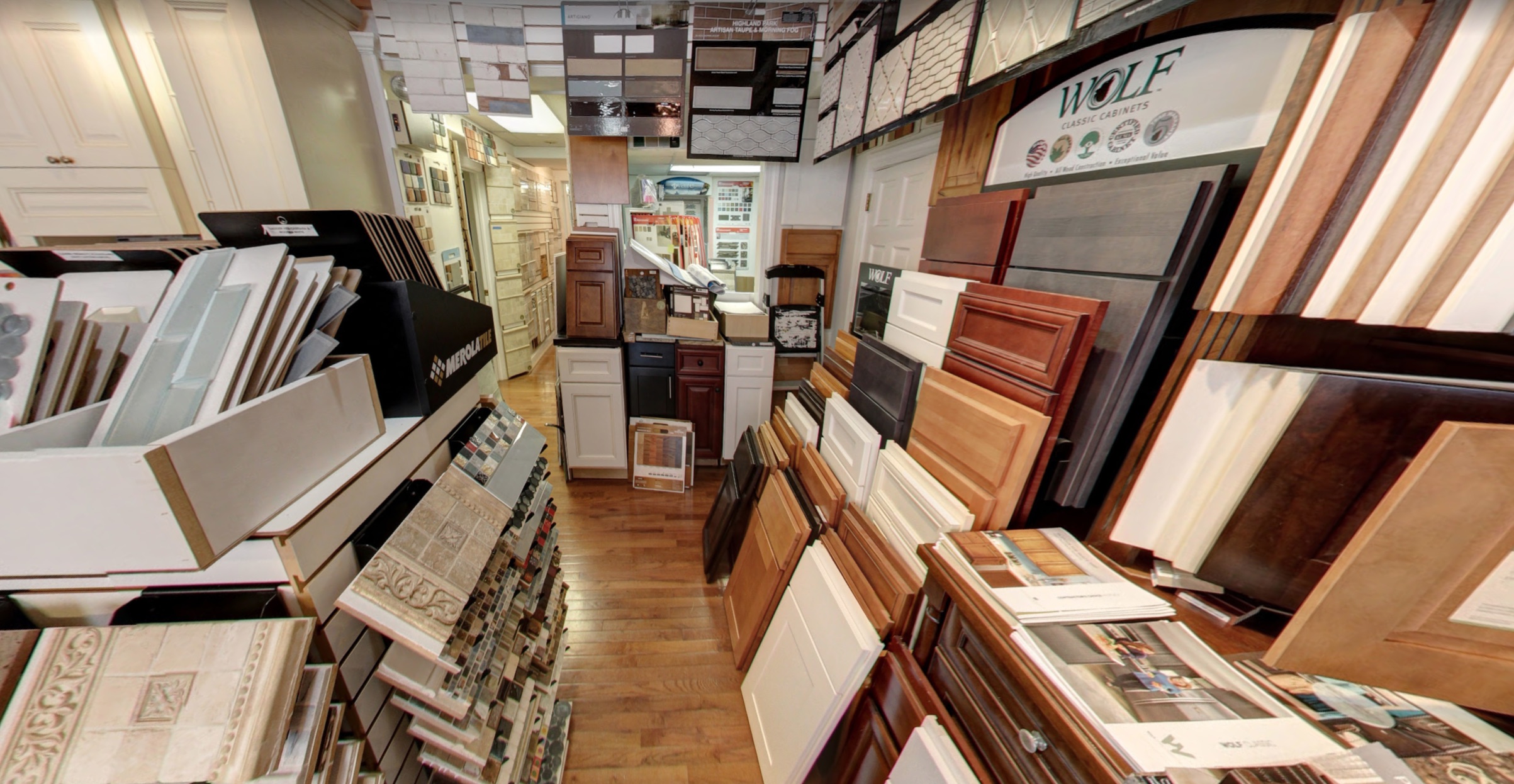 Serving the Main Line, Chester, Delaware and Philadelphia Counties since 1985.